Get in Touch
Back to Newsroom

Female Founders Team Up For Success; TO THE MARKET Secures Funding From Curate Capital

Houston, TX, October 5th, TO THE MARKET, a Certified B-Corp helping to transform retail supply chains, announced its latest round of investment led by Curate Capital, a venture fund dedicated to accelerating the success of companies by women for women. The investment comes on the heels of several years of immense growth for TO THE MARKET, which now represents a syndicated supply chain of more than 200 makers in over 50 countries. As an initiative between two female founded companies, this funding provides an opportunity for both TO THE MARKET and Curate to further elevate women in retail technology. The round included participation from other investors including, but not limited to, Working Capital Fund, Spouting Rock, and Forward Ventures, as well as follow-on investment from Belle Fund, Knightsgate Ventures, and a number of strategic angels.

﻿In 2020, only 2.3% of VC funding went to female-led startups, a 0.5% decrease from 2019, and less than 5% of US VC partners were female. TO THE MARKET founder and CEO Jane Mosbacher Morris and Curate Capital founding and general partner CEO Carrie Colbert are breaking the mold simply by doing business together. As a company centered on creating and sustaining more ethical and sustainable work environments for communities around the world, particularly women,TO THE MARKET is poised to be part of a shift toward stronger female leadership.

“I am thrilled that Curate Capital is leading the round because of their deep expertise in scaling women-focused businesses,” says TO THE MARKET founder and CEO Jane Mosbacher Morris. “Women are the majority of garment workers, the majority of buyers at retail organizations, and the majority of consumers. But typically they are not the factory owners, the company CEOs, or the investors on the cap table. It’s great to be a part of changing that dynamic.”

“We are honored to join forces with TO THE MARKET to amplify further their work powering the ethical supply chain,” says Curate Capital founding and general partner Carrie Colbert. “At Curate Capital, we are industry-agnostic, but rather look across industry boundaries to identify the very best companies being built by women for the benefit of other women. Making an investment in the ESG space has been a high priority for us, and no one is better suited to build a successful company in this realm than Jane Mosbacher Morris. She is uniquely suited and qualified to transform retail manufacturing.”

Going forward, TO THE MARKET is eager to work with Curate Capital and its community of investors to continue tapping into its one-of-a-kind syndicated supply chain and proprietary technology platform to create sustainable goods while providing safe, fairly paid work for makers around the world. TO THE MARKET’s latest investment round provides a springboard for the company to make an even greater mark on the world of sustainable and ethical retail.

﻿About TO THE MARKET:

TO THE MARKET was founded by Jane Mosbacher Morris with a vision of democratizing access to the global supply chain and providing makers around the world with the economic empowerment that comes from safe, dignified, fairly paid work. TO THE MARKET leverages their proprietary technology platform to provide a turnkey solution for ethical manufacturing, connecting brands to a syndicated network of sustainable, story-rich suppliers. TO THE MARKET is on a mission to empower people, protect the planet, and promote better business - and does it without sacrificing speed, innovation, or digitization. In 2020, Jane Mosbacher Morris was named one of 2020’s Heroes Of The Pandemic for TO THE MARKET’s swift pivot to manufacturing PPE for healthcare workers. TO THE MARKET is a Certified B Corporation.

Founded in 2020 by oil-executive-turned-investor Carrie Colbert, Curate Capital invests in businesses by women for women. Curate is industry agnostic, but instead looks across industry lines to find the very best businesses being built by women for the benefit of women. Curate is the first fully-female ecosystem in the VC world with the vast majority of investment dollars coming from women with a female investor at the helm, all investing in women building the best solutions for women. The fund takes a “better together” approach to venture capital, providing a founder-friendly alternative to traditional VC. Curate has created a culture of collaboration and community as they seek to help their founders accelerate their paths to success. 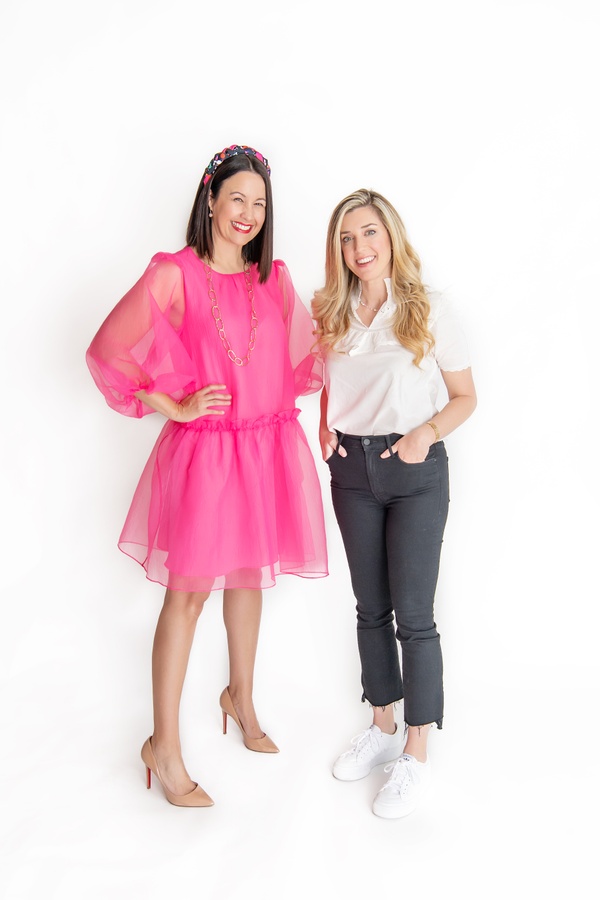 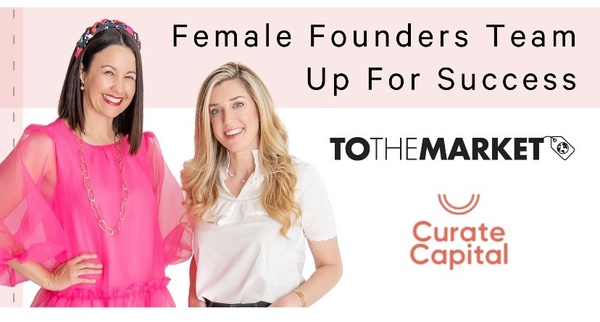 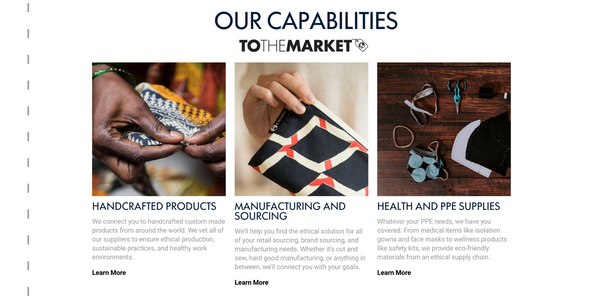